One of the biggest questions, still unanswered, is posed by the Fermi Paradox.

This paradox asks the question why, considering the billions of stars and galaxies in the known universe, we haven’t heard from extraterrestrial civilizations. Where is everyone?

The number of stars in the known universe involve numbers and mathematics that are almost beyond comprehension.

The nearest sun to our own is Proxima Centauri. This is a binary red dwarf star just under 4.5 light years away. It’s about an eighth of the mass of the sun. (1)

Getting to Proxima Centauri with our present propulsion systems would take a very long time. For example, the Voyager 1 probe, which has now left our solar system, is travelling at 38,000mph (51,000km/h). (2) This is 1/18,000ththe speed of light, and at this rate, it would take Voyager 1 approximately 80,000 years to reach Proxima Centauri. (3)

Or, to look at this time frame in a different way, it would take Voyager 1 approximately 2,500 generations to get there. (4) 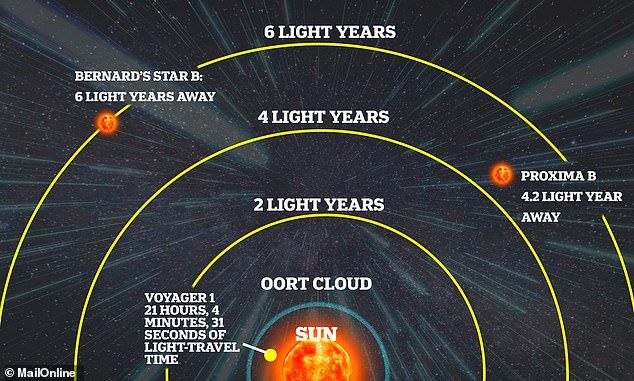 And travelling at the speed of light? According to our present knowledge of physics, it’s impossible for a physical object to travel this fast. Cosmos Magazine tells us that the faster something travels, the more massive it gets, and the more time slows – until you finally reach the speed of light, at which point time stops altogether. (5)

Unless we find a place where the laws of physics don't apply, we can't even approach the speed of light without experiencing catastrophic changes.

In addition to the problem of speed, there’s obviously the problem of time. The thousands of years necessary for interstellar travel mean that the human beings who set out on an interstellar journey wouldn’t be the same species to arrive at the other end.

This is because we know that for even short periods of time in space, astronauts suffer physiological changes. NASA tells us (6) that without gravity, ‘bones lose minerals, with density dropping at over 1% per month. By comparison, the rate of bone loss for elderly men and women is from 1% to 1.5% per year.

Obviously, interstellar space travel would take far longer, and the body changes over generations in space are unknown.

Aliens from advanced civilizations might overcome these problems by dispensing with physical limitations altogether, and uploading their consciousness into some version of a computer simulation. But this is purely conjecture, and maybe ideas like this come from our own anthropomorphic dreams of immortality.

Time, space and physical limitations are obvious interpretation of why we haven’t heard from ET. But there are many more theories, more esoteric and elaborately detailed, that try to explain why ET hasn’t dropped by yet.

One of the more interesting is the Rare Earth Hypothesis (REH). The REH argues that the evolution of biological complexity resulting in intelligent life is exceedingly rare, or even unique to earth. This is because our own evolution was the result of an improbable combination of fortuitous circumstances or accidents, often within a narrow zone of acceptability, many of which needed to occur within the right sequence.

These ideas were first put forward in 2000 by the geologist and paleontologist Peter Ward and Donald Brownlee, an astronomer and astrobiologist, in their book, Rare Earth: Why Complex Life is Uncommon in the Universe.

The best known event that accelerated our human evolution was a gigantic accident, called the Cretaceous Paleogene Extinction. This extinction event was caused by a meteorite estimated at 10-15 kilometers (6-9 miles) in diameter hitting the earth at Chicxulub on Mexico’s Yucatan Peninsula. The energy released by this impact was approximately the same as 100 tetratonnes of TNT, or more than a billion times the energy of the atomic bombings of Hiroshima and Nagasake. (7)

Another way of understanding this enormous amount of energy is that it would be enough to power our current civilization for the next 230 years. (8)

The Chicxulub impact not only caused catastrophic climate change, but it resulted in the extinction of the then dominant vertebrates, the dinosaurs, thereby creating a niche for smaller mammals to emerge and develop in directions that eventually led to human evolution.

Our ancestors were then able to evolve three times faster (8) in the ten million years after the extinction of the dinosaurs than they’d been able to accomplish in the preceding eighty million years. In evolutionary terms, this was an explosion of diversity. (9)

Another fortuitous accident that allowed for life to develop on earth was an  even more massive collision. This one, thought to have been caused by a Mars-sized object hitting earth during the formation of our planetary system, resulted in the expulsion of enough material to form the moon. This impact also caused the earth’s axis to tilt to 23 degrees of obliquity.

Earth’s axial tilt provides the different seasons essential for plant growth. The moon has also acted as a balance to help earth resist the gravitational pull of Jupiter and has therefore limited axial wobbling that in turn, has preserved  earth’s obliquity over a long period of time. (10)

The Rare Earth Hypothesis argues that these two accidents, and the sequence of many other significant evolutionary events, have been essential for the development of our species and it’s highly unlikely that the same chain of events and timing of accidents could have been replicated on other planets.

For example, there have been at least five major extinction events during our own evolution. This is a very zig-zag progress during which ecological hierarchies were toppled to create a vacuum in which surviving species emerged and prospered, and then, in turn, these surviving species later became extinct to provide the ‘right’ environment for the next evolutionary step. Science reminds us that over the last 3.5 billion years, about 99 per cent of the estimated 4 billion species that ever evolved are now extinct.

This is a staggering failure rate, or, as interpreted by the creationists, a series of miracles. Either way, our development and survival has been the result of a remarkable series of ‘fortuitous’ disasters and transformations.

The exact replication of these fortuitous accidents on other planets, their timing, and the evolution of a species like our own, is extremely unlikely. Perhaps this would be as probable as the mythical tale of monkeys using computers and eventually writing the works of Shakespeare. 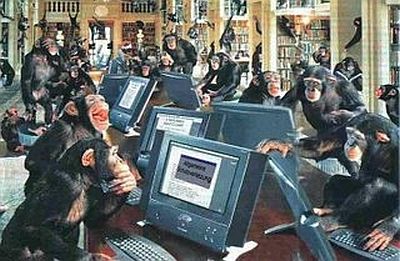 A browse through other theories associated with the Fermi Paradox makes interesting reading. Some of these touch on the realm of science fiction and are highly speculative.

The sky on a clear night is not only magnificent and beautiful. The night sky also challenges our own view of ourselves and of our future.

Are other forms of intelligent life out there? In all probability, yes, I think so. Although the definition of 'intelligent life' assumes our terrestrial interpretation. But there is likely to be life out there because there are just so many billions of galaxies and stars, and therefore planets. We know from life on earth that it emerges and prospers in an explosion of diversity, also that life is tenacious, and can prosper even in toxic environments.

Also, many galaxies are older than our own and life within these galaxies, if it exists, would have had longer to evolve. But this is still just guesswork.

And maybe, this supposition is about hope. It’s a common human desire not to want to be alone. Like religion, the belief in extra-terrestrial life might be associated with our anthropological fear of being alone.

Then there’s the final question about what would happen if and when an advanced civilization makes contact. Our own history of colonization is a cautionary tale. Or are the traits of power, exploitation, greed, cruelty and genocide only human aberrations? And how could we expect aliens to respect human life when our own history is so bloody?

These are just more reasons why stargazing is fascinating. It raises so many questions, the answers to which, like the stars, and the Fermi Paradox, are currently out of reach.